Category: Universal Bus Pass
The UWSA held a ribbon cutting ceremony during the morning of Friday, September 9 to celebrate the launch of the new universal bus pass service for undergraduate and graduate students at the University of Windsor. Along with UWSA executives and staff, representatives from Transit Windsor, administration at the University of Windsor and many enthusiastic students were in attendance. 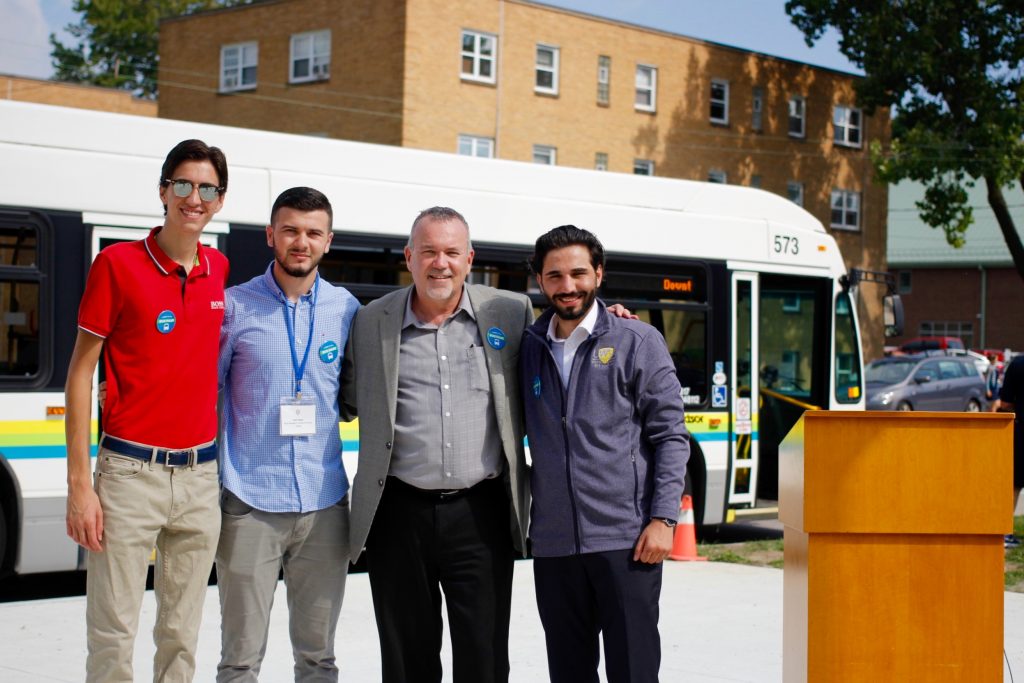 The ceremony started with an introduction from Vuk Zubic, VP Finance for the UWSA. Undergraduate students and graduate students voted in favour of a bus pass service in March 2016. The bus pass distribution has started this week and after just a few days, there has already been over 4,000 bus passes distributed to students. We then heard from Moussa, President of the UWSA, who recounted a few stories from students who have had a very positive impact from the introduction of the universal bus pass. 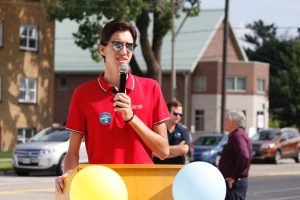 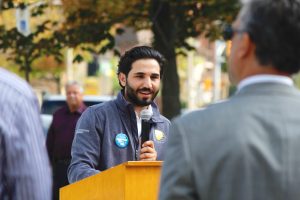 We also heard from Ryan Flannagan, Associate Vice-President of Student Experience and he talked about how a universal bus pass was very helpful and convenient during his university experience. Speeches were finished off by Pat Delmore, Executive Director of Transit Windsor who has been working closely with UWSA Executives, both the current and the past ones, to bring the bus pass service to students. Studies have shown that universal bus passes increase ridership and improve the overall transit system. 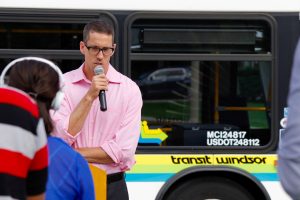 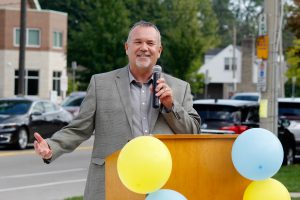 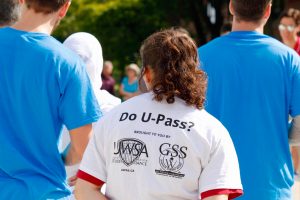 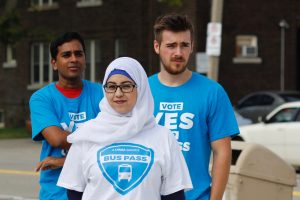 Finally, the ribbon cutting ceremony took place. The ribbon was not cut by scissors, but with a bus with the help of Ryan Flannagan, Pat Delmore and a few of the bus pass clerks. 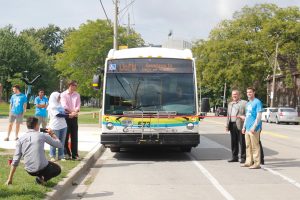 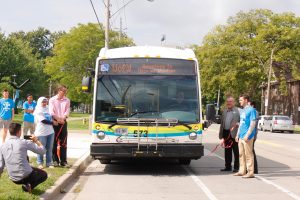 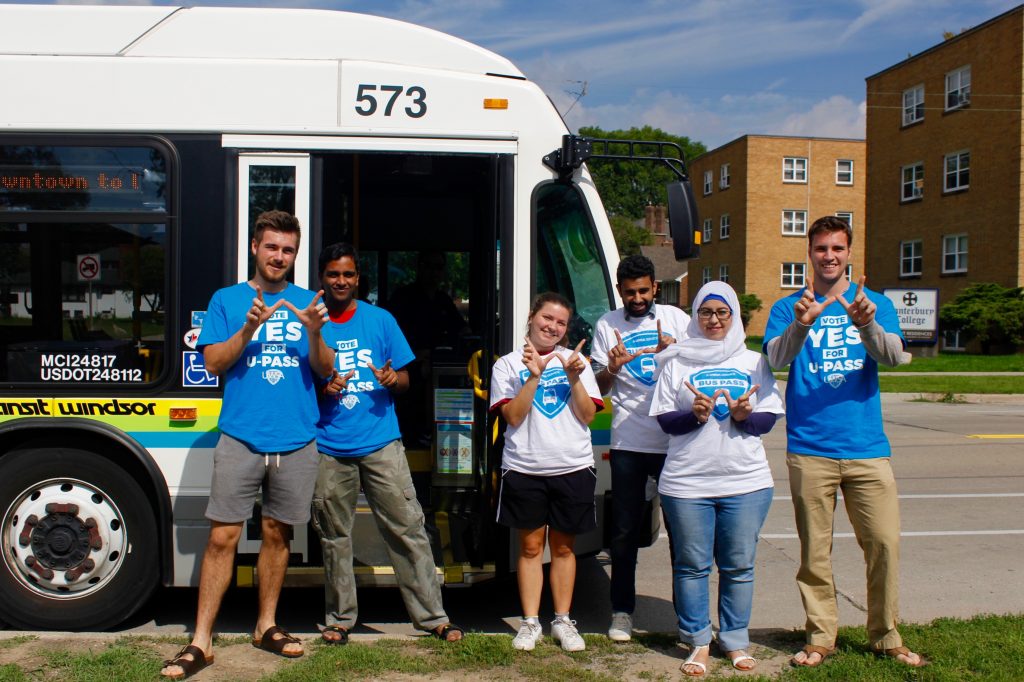 Bus pass clerks pose for a photo with the Transit Windsor bus that was on display during the ceremony.